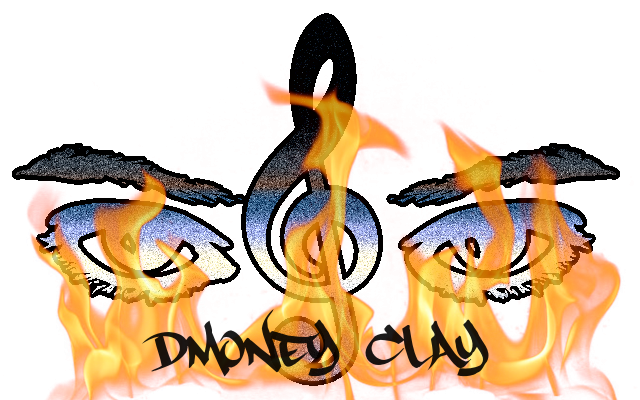 My name is Darion Clay, but my stage name is Dmoney Clay. Im from the south side of Chicago and have been living there for most of my life. I’m in my twenties and have been doing music seriously since 2008, but I wrote my first rap when I was 12. I started off with writing poetry mostly and then rap started taking over my thoughts soon after. My main focus is hip hop and rap, but I plan to blend into R&B as well once I work on my vocals. I also still write poetry from time to time, and you can check out some of that from my youtube page.

I have created 5 mixtapes and 1 EP, all different in their own unique way. The first one consisted of only remixes, just to get a feel for the game, titled “Mirror Image”. The second one was all original music, trying to branch out and find out who “Dmoney Clay” really is, titled “It’s Time”. The third one was a huge step up in terms of production value, titled “Late Nights, Late Mornings”. That album had 13 songs and 2 bonus songs. The 13 songs were all small parts of the same big story. You have to hear it from beginning to end to understand the concept. The fourth one was me visiting the deepest parts of my brain, parts where not too many people know about, titled “Socially Awkward”. I guess you can say it was my “get it off my chest” album. And the last mixtape, which I dropped in June of 2016, was mostly focused on my lyricism and the bars I could drop, hence titled, “B.A.R.S (Bringing A Revolutionary Saga)”. For the EP, I wanted a short summary of what I can do, so its only 5 songs. But its gives a look into the potential of where I can take my music. All different concepts, but ultimately, all telling the story of who Dmoney Clay truly is.

I have signed up to many sites to promote my music and my brand trying to gain as much exposure as I can. I have submitted to various contests on reverbnation, as well as other websites. I have performed on stage a few times, including 2 talent shows at the college I attended (Which I won first place the first one I did), a local bar, and a contest called Chi-Pollo held at a downtown lounge which was hosted by Sean Dale. I was also part of the very first Def Jam Recordings showcase held in Chicago. I have also been featured on a few blogs as well.

My goal is to have my music bring about a different way of thinking to the masses. I want to give them something to have fun and party to as well as having them deeply assessing life. I want to work with many different artists because great ideas can come from 2 very different minds. Music is not my hobby, it’s a way of life for me, which I also plan to make into lucrative business deals that will benefit not only me, but other’s as well, from the commercial side all the way down the community side.

They say if you love your job then you never have to work a day in your life. That is how I feel with music so I will do everything I can in order to become successful in the industry. After so much musical growth, I feel like I’m finally ready to become what I’m destined to be.